February 21, 2019
At the end of January an another Global Game Jam had place. This time I decided to participate alone, as a one man army. This time, the jam was pretty different than the previous ones. 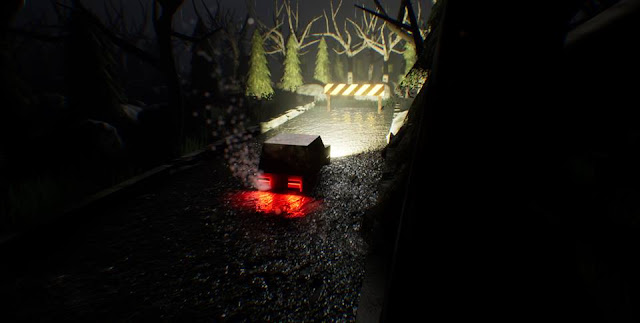 The theme of this year’s Global Game Jam was:


"What home means to you"

Pretty difficult and very emotional topic. Everybody approached it in a different way. It made things… unpredictable.

First of all, I always start game jams with a general idea of my approach. This time I wanted to design a board game and then make it in an electronic form of a video game. It didn’t happen. Maybe next year?

Secondly, it is probably the first time I decided to throw away my current work and started doing something completely different. Usually I take my first idea and go with it. At the beginning I wanted to touch a very difficult problem of creating your very own home (yes, I’m a Millennial, I find it difficult). After about 6 hours of trying to make a prototype it became clear that this topic, even if very personal, is… boring and too difficult to make. So, the another idea emarged. The idea of home being a place where you can poop in peace. Yes, the game about personal, emotional and deep problems became a game about rushing to do a shit. And yes, it worked pretty well!

In the end the game took a form of a racing game (with ridiculously sensitive controls) in which you must reach your home before it will be to late and you shit your pants… and this game won the first price in the local competition on Jamgoszcz UKW.
This is a next time when I got a reward when making game alone… I’m not sure what does it mean.


Overally I’m very proud of visuals, I had almost two days to make it look nice and I learned some new things like doing proper foliage, rain and gpu particles. This was also the first time I was using Blender for making models so I think it was one of the most didactic jams I was doing.

For textures I was using this awesome and free (!) library of materials: 3dtextures.me

The game can be downloaded from here. Sources can be found on GitHub.

Even though it was amazing fun and great experience I will probably slow down with jams and other events. I have some great plans and work to do. But this is a tale for another time.
Gamedev GameJam